article in the Peterborough Evening Telegraph

Read The Full Article By Clicking The Button Below: 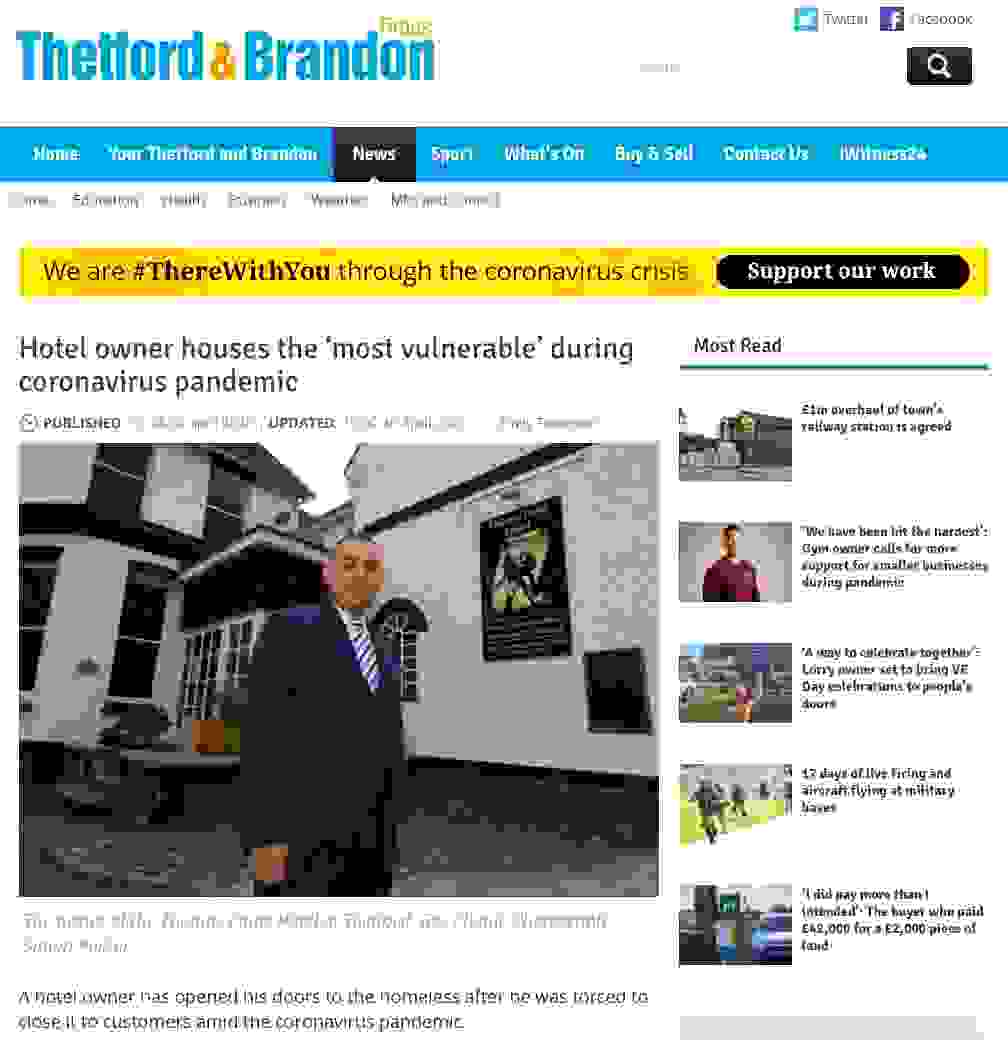 Read The Full Article By Clicking The Button Below:

When experienced hotelier Gez Chetal stepped inside a prison for the first time he says he found it ‘a real eye opener’. Far from the ‘lock up and leave’ ethos he expected, the commitment to education, training and reducing reoffending inspired him to set up his own programme to help prisoners into work on release.

He now works alongside a number of prisons and Community Rehabilitation Companies (CRC) in his local area – including Sodexo’s teams at HMP Peterborough and Norfolk & Suffolk CRC – to offer employment opportunities to residents on release.

Gez Chetal has 35 years’ experience in the hotel industry, spending 20 years with the Trust House Forte chain before moving to start his own successful chain of hotels.

He now owns a hotel in Thetford and was inspired to act after months of struggling to find staff. “I started working with the Department of Work and Pensions who suggested that ex-offenders could be a route to recruitment,” said Gez. “I came to realise there is a lot of talent in the prison population.”

Gez started visiting various prisons in his local area with his wife on a regular basis and interviewing people due for release about potential employment prospects.

Inspired to do more, the couple then looked to secure funding to set up an official programme, and PrismStart was born. Gez engaged with MPs including Dominic Raab, Liz Truss (pictured with Gez) and David Liddington to get high-profile support and has linked up with charities including the Princes Trust and St Michaels Hospice, who work with ex-offenders to reduce reoffending.

We are proud to announce that Bespoke Hotels has partnered with PRISMSTART to support their ongoing work around the Ex-Offender Programme, which both assists and changes the lives of individuals who want to undertake work and further their careers.

We are delighted to be joining forces with a range of other national companies from a variety of sectors, united by a shared ambition to generate positive change.

Athena Education Support CIC is proud to be associated with Prismstart as we share a common vision and goal to improve the lives of vulnerable people, not only through improving their social, emotional and mental health but also to developing their skills and knowledge to contribute positively to society. Congratulations to Gez and Rosy for their commitment, dedication and many successes they have achieved over the years. We look forward to deepening and sustaining our partnership with Prismstart.

Webb Marketing is just a small company but has worked closely with Gez and Prismstart in a variety of ways. Firstly, through our network of businesses by finding work for ex-offenders in the Hospitality industry. Secondly through the online training that we provide that supports the users of the program by enhancing their online computer and marketing skills. We are delighted to be helping people and bringing positive changes that help them learn new skills and get into work.

Force8 Security inThetford are proud to be associated with Prismstart. As a local company it is a pleasure to support your work in the Ex-Offender programme to train and rehabilitate. Congratulations to Gez and his family for their commitment and dedication to this positive scheme.

The Andrew Francis Funeral Group of Norfolk are honoured to he associated with Prismstart.

The Aims and Objectives of the Prismstart team are very much in focus with our companies belief that the community and helping those within in it should be top priority. The hard work and dedication of Gez and Rosie is second to none.

We wish them and there team all the support and encouragement as they move forward, especially in these difficult climes.

Prismstart is a great concept to get ex offenders back into society via introduction to work, community projects or social acceptance. As Thetford’s official football club we cater for a cross section of people and sport is has no boundary to a person’s past but only the future and fulfils that need to be part of soci

Embe soul food Peterborough is proud to be associated with Prismstart as we share a common vision and goal to improve the lives of vulnerable people, not only through improving their social, emotional and mental health but also to developing their skills and knowledge to contribute positively to society.

Congratulations to Gez and Rosy for their commitment, dedication and many successes they have achieved over the years. We look forward to deepening and sustaining our partnership with Prismstart.

We are pleased to be able to work alongside prismstart and offer our support around their ongoing initiative.   It has been very interesting to see first-hand along with Gez and Rosie the training and opportunities  that could be made available for people to enable a successful transition into work. 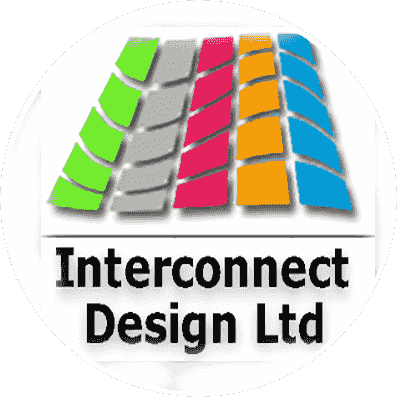 Interconnect Design Ltd understand the need for local support for schemes such as PRISMSTART and applaud their ex-offender programme. We fully support the opportunities that are given to the users of the scheme, to change their lives in a positive way helping them to get back into work and re-start their careers. 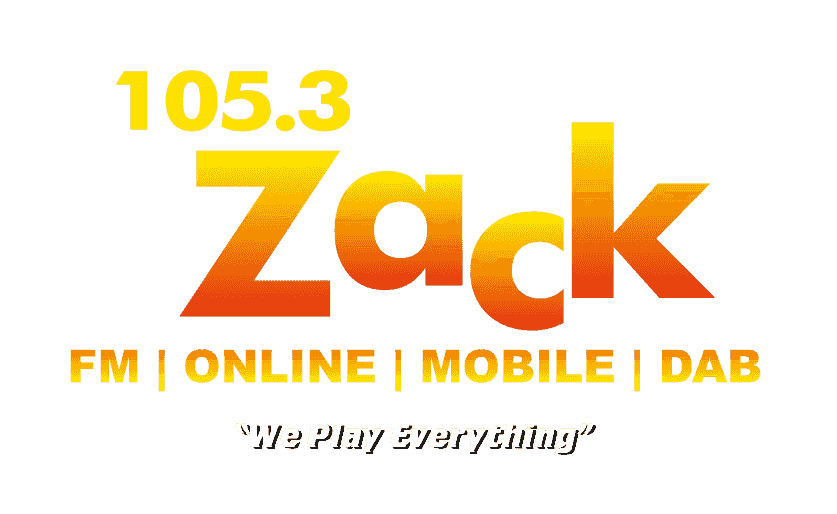 Zack FM in Mildenhall offers it's support to the PRISMSTART programme. As a community based Radio Station we understand the need for local support for schemes such as this and  fully support the opportunities which are given to the users of the scheme to change their lives in such a positive way and get back into work. 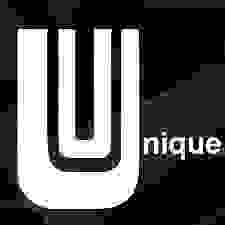 Unique Bar in Newmarket is proud to support PRISMSTART and applauds their ex-offender programme which aids their users to change their lives and get back into the workforce. We fully support the program and thank PRISMSTART for this opportunity to be involved.

Qualitops supports Prismstart and will consider using you in the future.

Thetford businessman, Gez Chetal, discusses his project, Primstart, to train and rehabilitate ex-offenders and fill a skills gap in the job market.